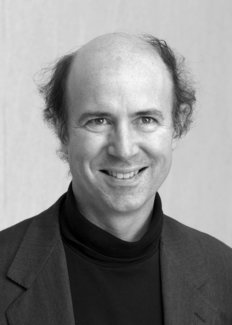 Frank Wilczek, along with David Gross and H. David Politzer, was awarded the Nobel Prize in Physics in 2004 for their discovery of asymptotic freedom in the theory of the strong interaction.

In 1973, while a graduate student working with David Gross at Princeton University, Wilczek (together with Gross) discovered asymptotic freedom, which holds that the closer quarks are to each other, the less the strong interaction (or color charge) between them; when quarks are in extreme proximity, the nuclear force between them is so weak that they behave almost as free particles. The theory, which was independently discovered by H. David Politzer, was important for the development of quantum chromodynamics.

Wilczek has helped reveal and develop axions, anyons, asymptotic freedom, the color superconducting phases of quark matter, and other aspects of quantum field theory. He has worked on condensed matter physics, astrophysics, and particle physics.

On September 20, 2012 Wilczek received an honorary doctorate from the Jagiellonian University in Kraków, Poland.